What we have already been able to achieve in the past years and how we have been supported.

Steffi Schroeter is starting the project on the Danish island of Bornholm. As a nature coach and whale researcher (book "The Wisdom of Whales") she wants to do something locally to protect the whales and the sea. Through her travels and research of whales, her knowledge of the plastic flood and the dangers to the sea and humans is great and, inspired by the "plasticfree communities" movement in the UK, she starts her own project on Bornholm. The whale becomes the symbolic figure of the seal, then called "Smiley," which is awarded to companies and institutions that do without single-use plastic. Within a short time, many companies join the project and the press and influencers report on it.

The success and driving force of the initiative is spreading across borders and gradually volunteers from different regions are coming forward who wanted to do the same: Call and inspire locally for single-use plastic reduction and distribute "smileys" in recognition of the fight against the plastic tide. Via a report about "plastic-free Bornholm", Sylt resident Heike Werner hears about Bye Bye Plastik and Steffi Schroeter and brings the project to the island of Sylt. Together with Carin Winkler, they decide to make Sylt more and more plastic-free. In the same year, volunteers start regional Bye Bye Plastic projects in Kiel, Bordesholm, on the Lower Rhine and Westerwald/Mittelrhein. The movement grows! On Bornholm, Bye Bye Plastik takes part in the political folk meeting "Folkemøde" and causes the issue of single-use plastic to be seriously discussed for the first time for the event with 150,000 visitors. The decision follows that the event should be free of single-use plastic from 2020 and the organizing secretariat is awarded the seal.

Corona also meets the commitment of Bye Bye Plastic and the attention for the fight against the plastic flood goes to zero. Instead, the consumption of disposable items and hygiene products is rising steeply. Sylt continues to be very active and wins the environmental award of the islands and Halligen. The cooperation between the founder and the women of Sylt intensifies and together they attend, among other things Meetings of the "Round Table Marine Litter", an information platform of about 130 experts from fishing, shipping, industry, retail, science, education, tourism, environmental associations, authorities, politics and art. Bye Bye Plastic regional groups from Flensburg and Frankfurt are joining in.

In July 2021, a new regulation will come into force across the EU, banning the production of some single-use plastic items, such as the plastic cup or straw. A first milestone of work has been done, and now the task is to adapt the criteria for awarding the seal and increase the demands on companies. A restructuring is in the offing: A permanent core team of Steffi Schroeter, Heike Werner and Carin Winkler is formed and it is decided to give the project a new form and structure, to be able to accept donations and to expand the activities and projects. The decision was made to found a non-profit limited liability company and set all the necessary preparations in motion. Sylt becomes the most active region in Germany and cooperates with other players such as Healthy Seas, Ocean.Now! and becomes part of newly founded projects like the "Klare Kante Sylt" for waste prevention on the island.

The core team is putting more and more heads together and a concept is being developed that will make Bye Bye Plastik even more of a movement, according to the motto: One for the people. One for the companies. Both for the movement. A team of three young IT and design students is hired and the CHANGEMAKER seal is developed with new criteria for and the BELIEVER sticker, with which private individuals can show their attitude and their concrete contribution against the plastic flood. against the plastic flood. Both will be registered as a protected trademark. In February, the marine protection organization Bye Bye Plastik guG, based in Westerland on the island of Sylt, is officially founded with three partners: Steffi, Heike and Carin. Steffi Schroeter takes over the operational management. From March the first donations can be accepted. Bye Bye Plastik now also starts in Norway, in Stavanger, thanks to a committed German emigrant. Heike and Carin bring the microplastic exhibition "inyourface" from Ocean-Now! to Sylt, which opens on March 22, 2022. The Artist Swantje Günzel will be there for the opening and a theme week with events on microplastics and beach clean ups will frame the program. The new bilingual website will be launched in May, where companies and institutions can now also apply online for the seal and certification. Bye Bye Plastik is presented with the Environmental Award on Rügen at the Island and Hallig Conference.

We want to tackle

We are a Movement! 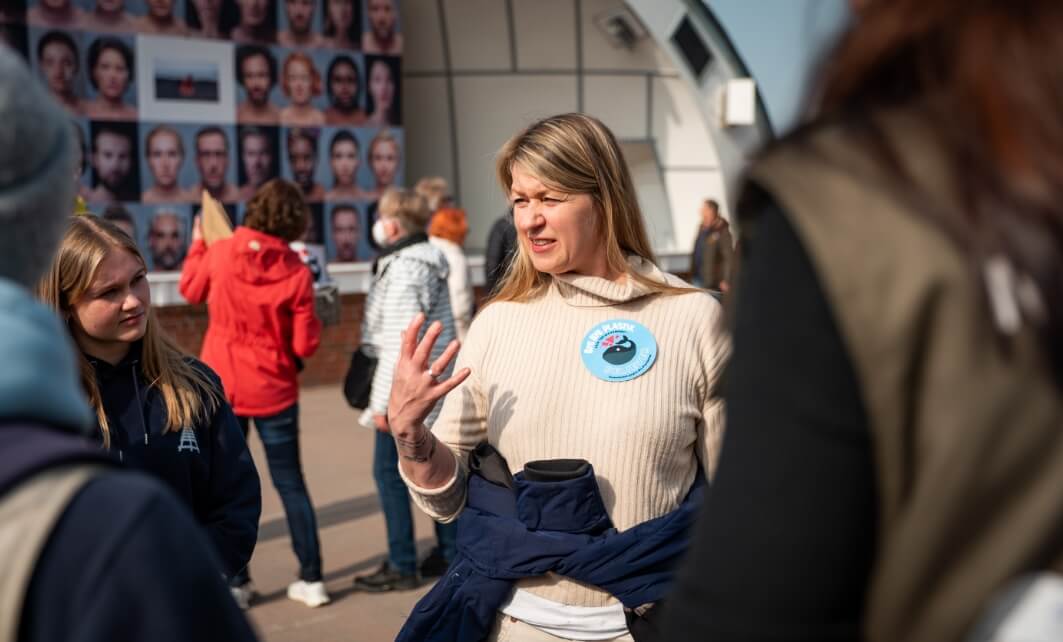 Anyone who wants to contribute can join us. 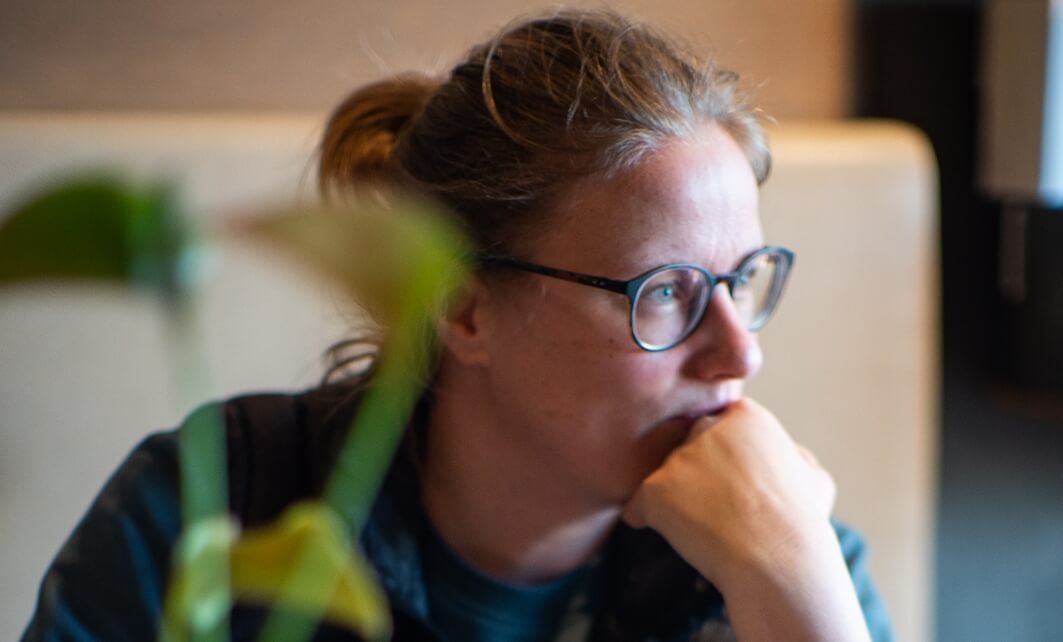 Making a difference together. 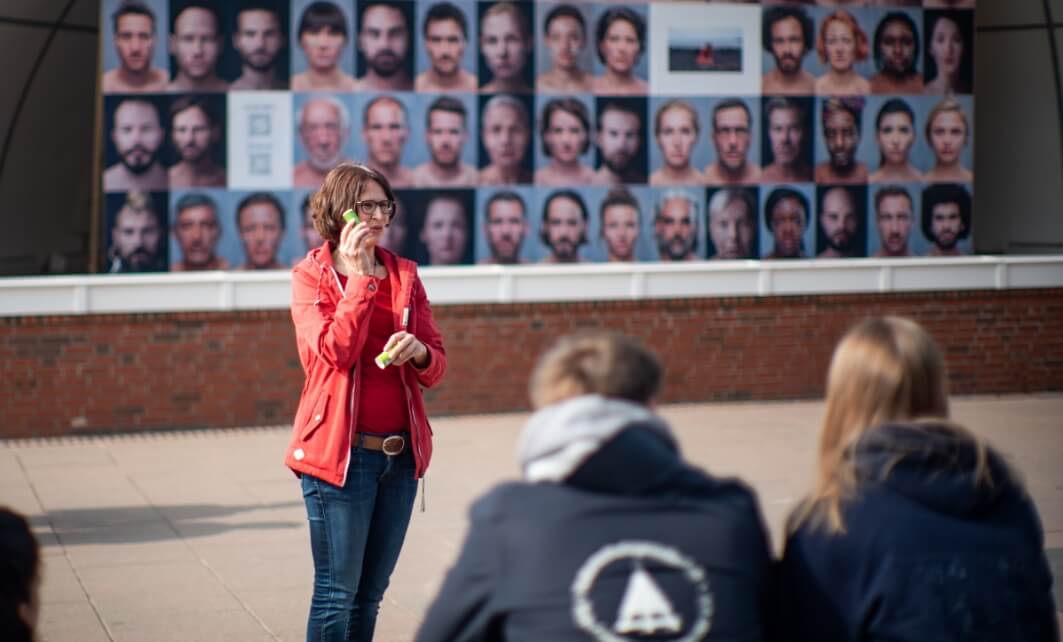 Making a difference in a big way.

Every bit of help counts! You can become part of us, too. Whether at events, through a donation or your actions. Every step counts, no matter how big. We want to create a better future together and free our oceans more and more from plastic. But that can only happen with your support, so we're even more grateful to have you! 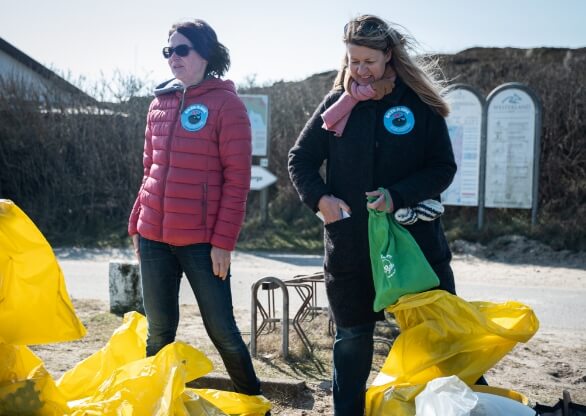 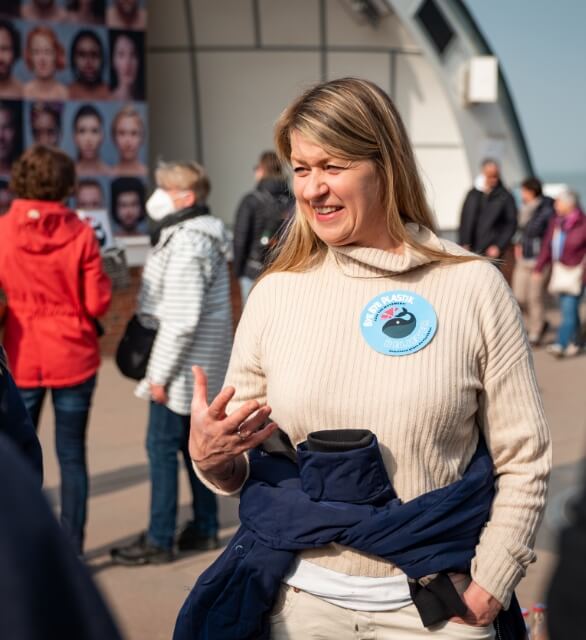 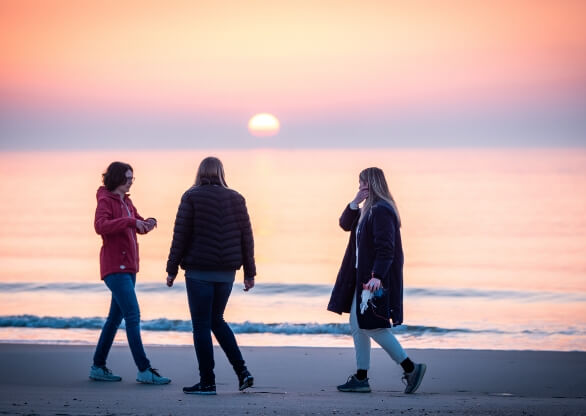 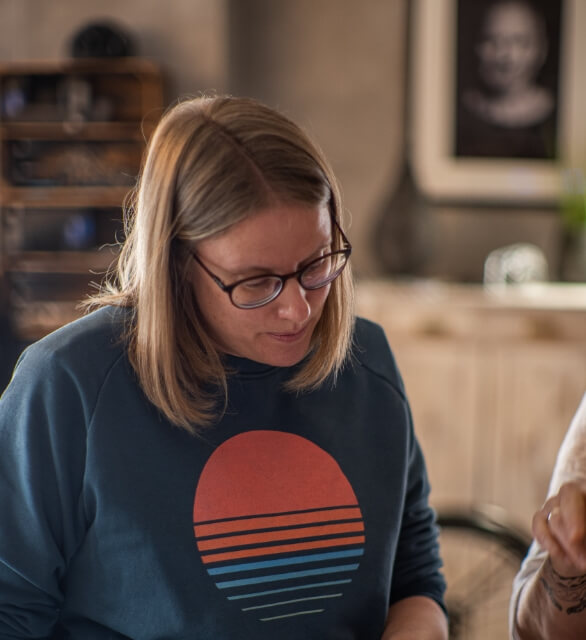 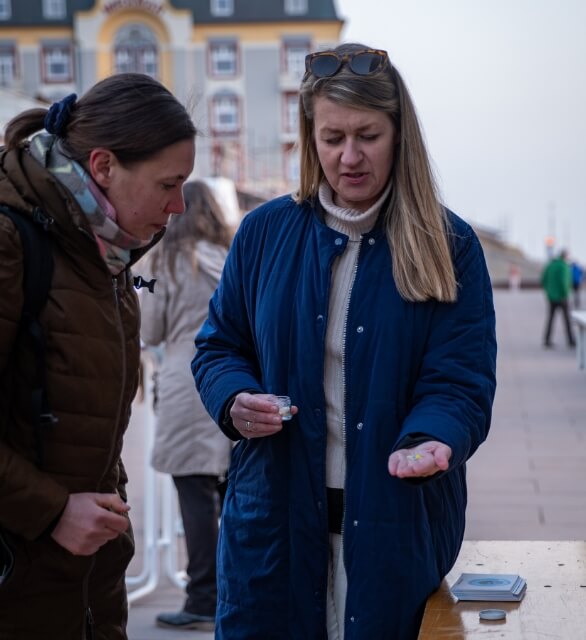 We inform, motivate and activate citizens*, companies and municipalities, with the aim that plastic consumption is reduced.

We create awareness of the problem and activate, as it were, to concrete action.

We advocate that anyone and everyone who is committed to Bye Bye Plastic can start in small ways to contribute to change.

We are an ocean conservation organization and we stand up for what we love. Our oceans and its inhabitants are choking in plastic and it's up to us humans to change that.

We tell stories together

More articles from our blog 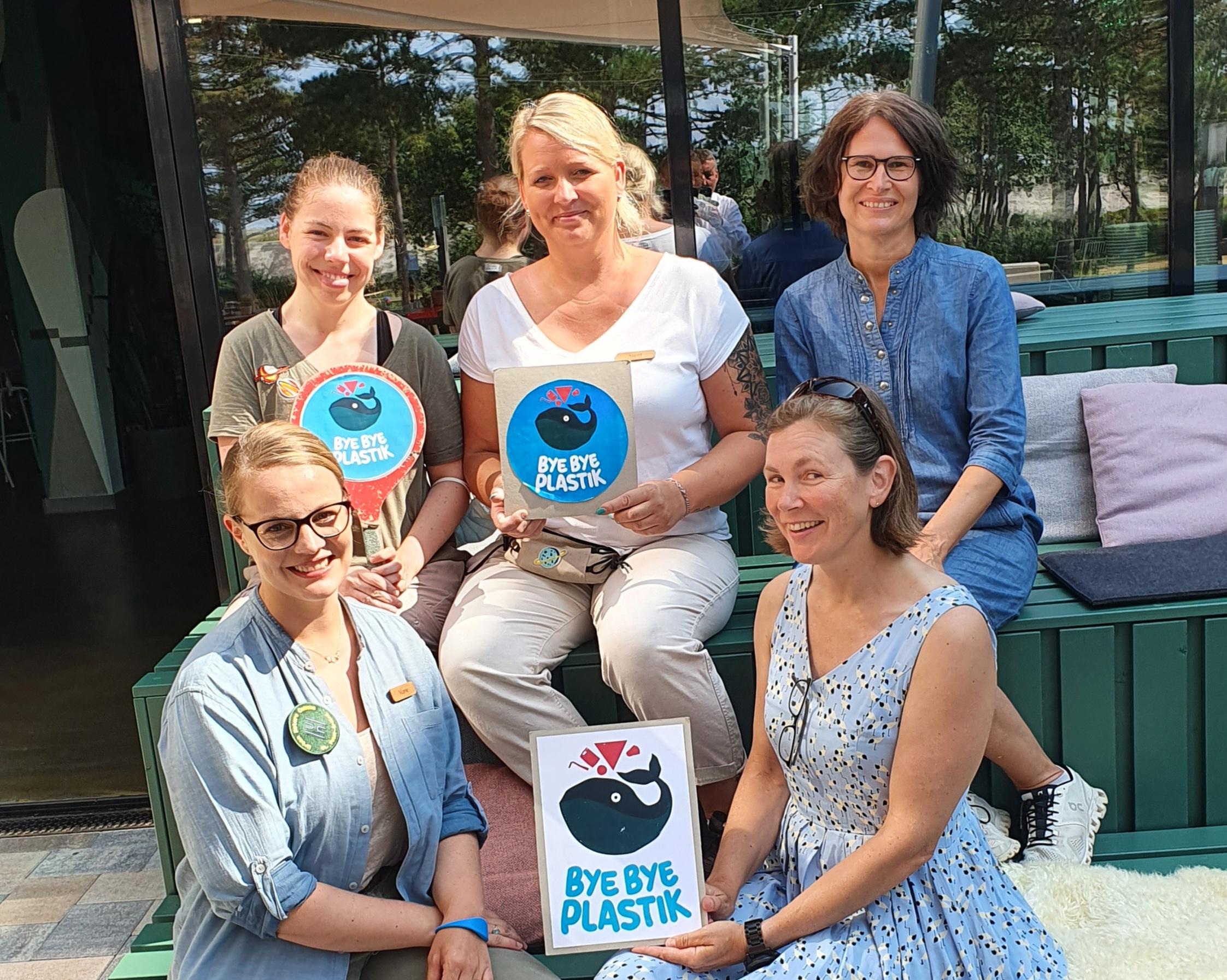 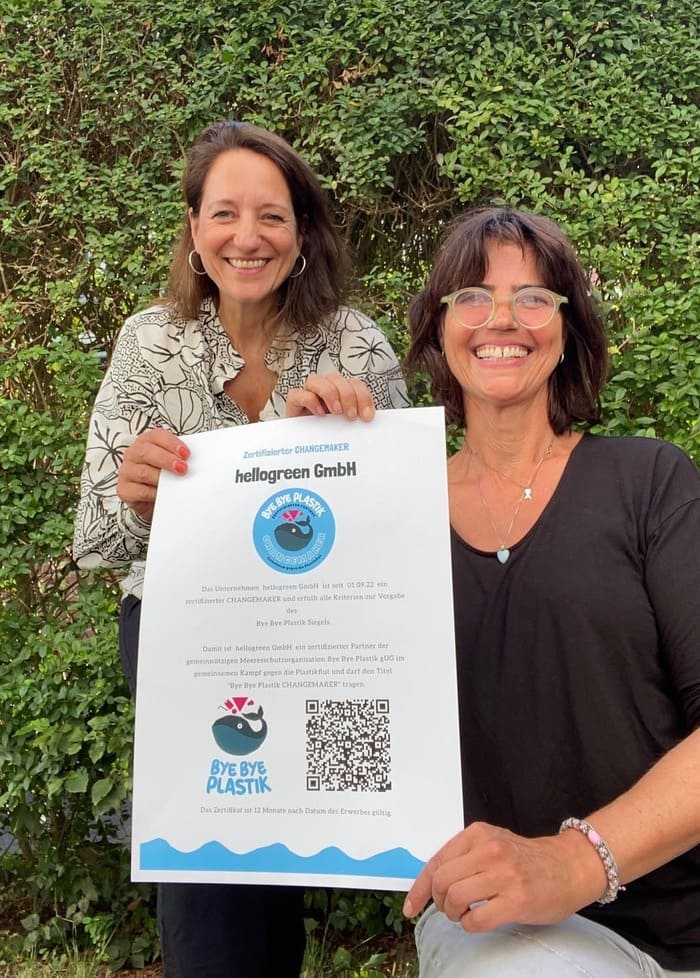 BEE GOOD with the CHANGEMAKER beeGoodies

BEE GOOD .... that fits our newly awarded CHANGEMAKER The beeswax cher brand beeGoodies were one of the first on the German market. 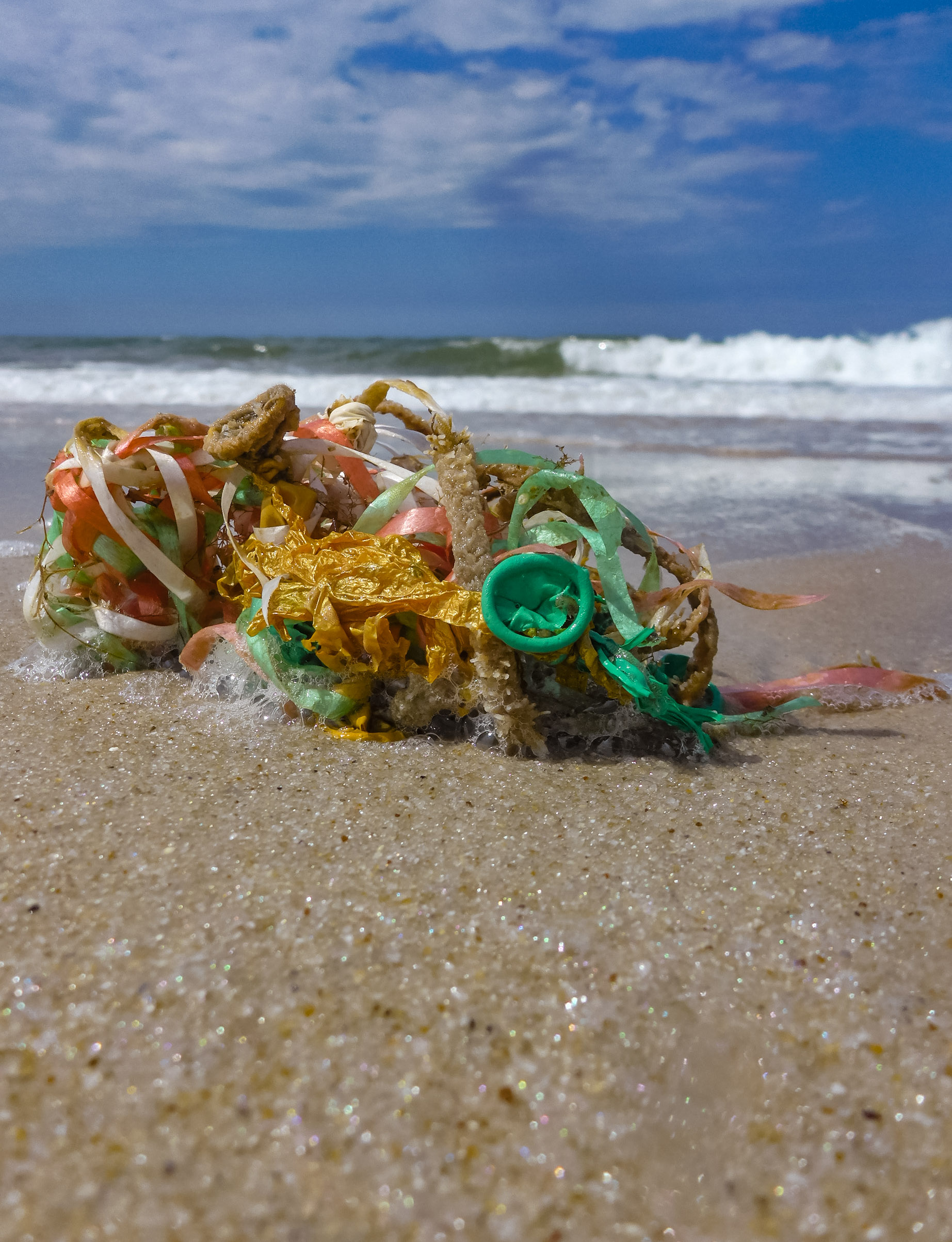 From mid-March to mid-September 2022, I circumnavigated the island of Sylt in many small stages in my spare time as a fundraiser for Bye Bye Plastik. I mainly swam 46km on the west coast, hiked 49km in the north, south and east, and biked 26km. Originally I wanted to swim more, but the Wadden Sea of the east coast is characterized by bird breeding resting protection and nature reserves, lahnungen and very shallow water, so I hiked there and reported from the beautiful landscape and the beach m llfunden on my Instagram page The woman from the sea. When I swam in the North Sea, it was important for me to talk to the lifeguards on the beach every time before swimming.